My Photographic Career in a Nutshell!
I was eight years old when I received my first camera. It was a Polaroid; the type you loaded with a film cassette, pressed the orange button and the resulting photograph was ejected from the front of the camera. Several minutes then had to be spent waving the photograph around while the image developed. I made my way through through the first three cassettes in just one day, but soon came to realise my pocket money could not sustain using film at this rate! 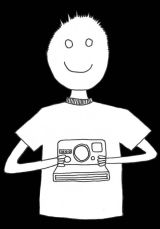 Seven years later, at the age of fifteen, I bought a 35mm point and shoot camera which renewed my interest on taking photos. Simultaneously, I was given the opportunity to study photography at school which I jumped at the chance to join. The classes taught me a great deal and enabled me to use an SLR camera and a darkroom to develop my photographs. Photography fell by the wayside once again as I reached the end of my school career and emphasis was placed on finding on a job.

Twelve years later, I bought a Sony DSC 717 bridge digital camera and the photography bug was back! On my first holiday with the camera I took 20 pictures and it has escalated from there (on my last week long holiday I took over 1000 images!). 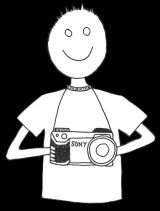 Four years ago I purchased a Pentax K20D digital SLR camera and met a wonderful woman who believed in me and wanted to help me develop my technical knowledge of the camera and improve my photography. I attended courses and as my skills and knowledge improved splashed ou on some additional lenses and flash gun. In 2010 I joined my local photographic club, the Ware and District Photographic Society, and take an active part in club activities including lectures and competitions. 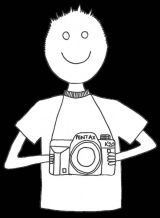 My now lovely wife is very patient when I say “Can I take a quick picture of the mountains,” and I come back 30 minutes later!

In a bid to share my passion for photography with others I have also started lunchtime photography classes for children in the school I work at.